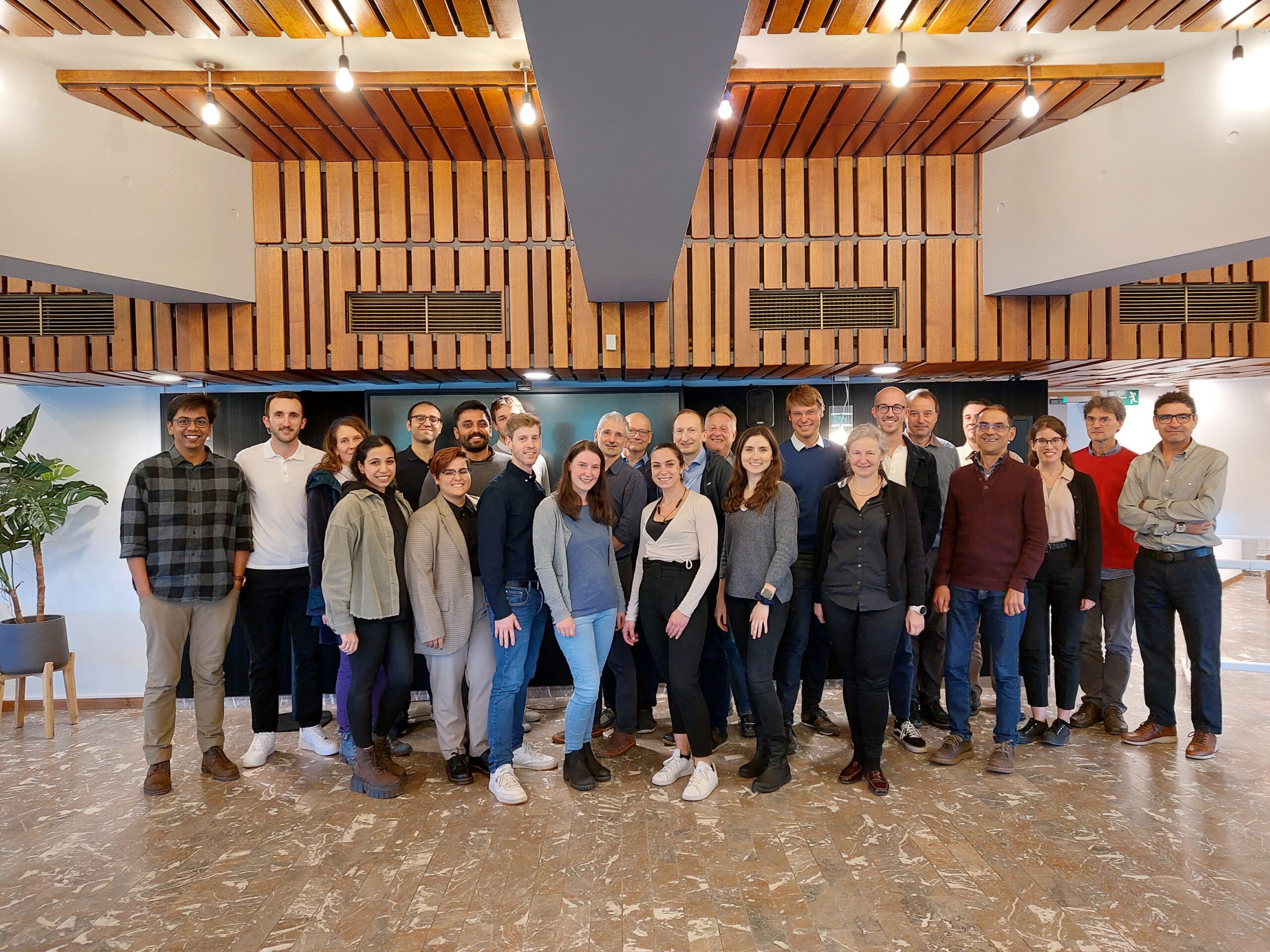 The third annual meeting of THREAD was held from 26 to 28 September at the University of Liège. Each ESR had the opportunity to present the progress in their research project and decide future steps with the PIs. Time was also made for discussing ideas for joint research, and communication and dissemination activities.

On Monday, the participants visited Centexbel, a textile testing facility situated in Grâce-Hollogne, where Indrajeet (ESR 2) already did his secondment. Everyone was impressed by the imposing braiding machine made of 256 bobbins and capable of producing complex 3D braided textiles.

Tuesday was dedicated to the discovery of the laboratories related to the Multibody and Mechatronic Systems Lab (MMSL), Olivier Brüls’ research group. Louis and Norman, two local PhD students, presented the robotics lab with its collection of robotic arms, grippers and the 3D printer. Later, ESRs and PIs stopped by the Human Motion Analysis lab which in the past had been visited by Nafissatou "Nafi" Thiam, a former ULiège student and twice olympic heptathlon champion.

Nafi’s ghost must have been lingering around, because later that day some of the participants (mostly the PIs) had the courage to take on the 374 stairs of the infamous Montagne de Bueren.

contributed by Armin Bosten (PhD student at ULG and ITWM, and inofficial ESR 0)