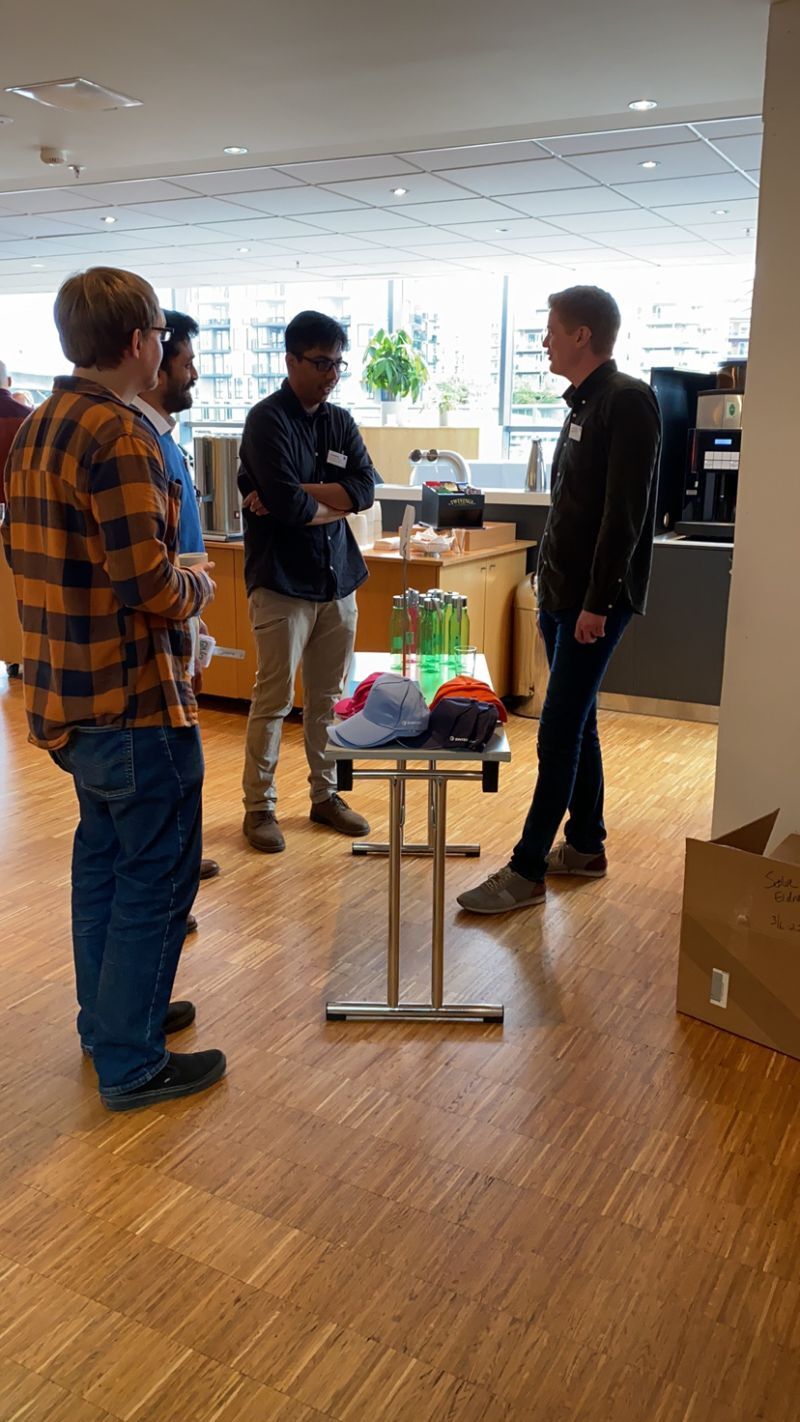 On 2nd and 3rd of June, the Norwegian University of Science and Technology, Norwegian Network of Mathematics for Industry and Innovation and European Consortium for Mathematics in Industry organized Math meets Industry, an event with an opportunity to bring together the doctoral researchers and faculty members from Norwegian math departments with industry representatives.

In this event, several keynote lectures were held highlighting the challenges and success stories in collaboration between math and industry both from academic and industrial perspective. Additionally, the PhD students had the chance to give 10 minute research and outreach talks and several ESRs from THREAD also participated in this event. ESR 6, Mohammad Ali Saadat, won the prize for the best presentation in the research talk.

On the second day, the PhD students were encouraged to take part in a partnering event where in, the students move in groups of four members and get the chance to speak to the industrial representatives in person. The event lasted for two hours with 12 industrial partners with many fruitful discussions between the partners and the students. In the end ESRs were happy to be hosted in Trondheim and thankful to Elena Celledoni, Brynjulf Owren, the industrial partners and many more from NTNU for making this event successful.