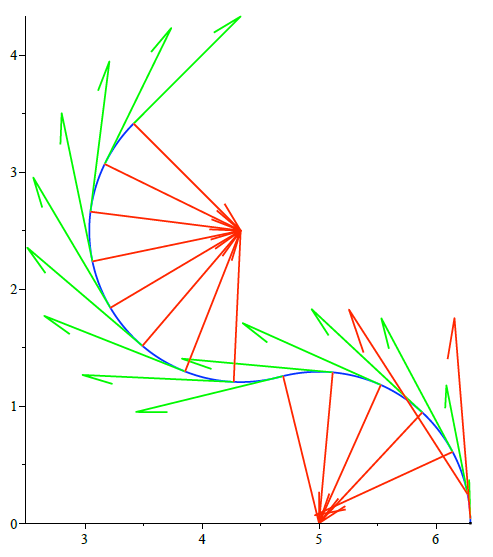 After an exciting period of secondment in Halle for one month, Indrajeet’s scientific expedition continues further to Kaiserslautern for the nwt3 event, which was immediately followed by a warm welcome in Erlangen, Germany by the team of LTD in Friedrich-Alexander-Universität Erlangen-Nürnberg (FAU) for the secondment period of 07.05.2022 – 31.05.2022. The first day started with an introductory presentation to the team for addressing the research problem of discontinuous angular velocities for a beam, as well as the approach adopted to attack such nonsmooth problems.

The researchers in the LTD team were highly collaborative and therefore were very interested in the scientific details of such a problem. Some of them were highly experienced with the treatment of constraints and time integrators in modelling of nonsmooth flexible multibody systems and therefore were a perfect source of seeking valuable advice. The rigorous discussions with them as well as their views on addressing such problems, although different, were very helpful and proved to be a value added benefit in the research. These fruitful discussions further helped to identify the possible scope of reformulations in the use of kinematic joint and by allowing the rotation degrees of freedom for the frame attached to the bobbin carrier. Indrajeet also received continuous support from Prof. Sigrid Leyendecker throughout the period of secondment.

Furthermore, an important part of the secondment was the involvement in studying the code implementations which were being carried out for the team by a PhD student. The use of third party libraries and packages as well as studying the beam formulations and the spirit of variational integrators, especially to see how they were implemented and performing several tests with the beam were highly exciting. We could also discuss the problems arising from issues such as locking which were evident from the test cases and identify the problems in the formulations.

After days of hard work, Indrajeet along with Martina Stavole (ESR10) and the team would go around biking around in the city, enjoying the beautiful weather and exploring the vibe of Bavarian culture through typical food and beers. The ESRs along with the local teams had a great experience travelling on weekends to Nürnberg, Bamberg as well as other nearby cities to explore local cultures. Indrajeet further continues his scientific journey to Trondheim for attending the nwt13 and further to Oslo for presenting his talk at the ECCOMAS 2022 conference in Oslo, taking with him memories to be cherished forever.